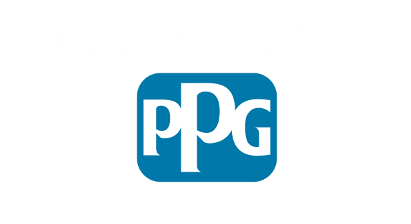 Now in it's 5th year, the British Bodyshop Awards celebrates excellence within the industry and has quickly become established as the biggest and best awards ceremony within the accident repair industry.

Mark Bull, director of ABP Club - who provide the platform for the British Bodyshop Awards - says:

“We are delighted to return to announce the 2016 date and to be returning to the prestigious venue, Battersea Evolution. We look forward once again in teaming-up with major insurers, accident & claims management companies, vehicle manufacturers and independent bodyshop networks to recognise and award their highest performers.

"The fantastic success of the now established British Bodyshop Awards has seen 83 bodyshops, or their employees, recognised in front of their peers - and in front of the industry as a whole, in the first three years - 2016 will see more bodyshops get rewarded for their high standard of work and customer service.

"The response from all quarters has absolutely brilliant and with Zoe Ball agreeing to join us as our host for the evening, we expect an even bigger and better British Bodyshop Awards in 2016.”

Zoe Ball needs little introduction. After presenting Britain's favourite breakfast show "Live & Kicking" on BBC1 with Jamie Theakston in the 90s, she quickly became a national treasure. Going from strength to strength, Zoe took the reigns at BBC Radio 1 to front their daily "Breakfast Show" - the first woman to be the sole presenter in a prime-time radio show.

After reaching the Finals of 2005's "Strictly Come Dancing" and hosting several Strictly Tours, Zoe could not resist the sparkle and has since been hosting Strictly's "It Takes Two" on BBC2 for the last 5 years.

Radio is a huge a passion of Zoe's and after many glorious years of presenting BBC2's Saturday morning "Early Breakfast Show", she is now a key member of the BBC Radio 2 family. You'll find Zoe regularly depping for Ken Bruce and Dermot O'Leary whilst also playing a key role in all Radio 2 special events.

Zoe regularly works with BAFTA, hosting exclusive video content for its' official website and British Airways In-Flight Entertainment. The luckiest ticket in showbiz, Zoe is the first to interview the winners backstage.

Outside of TV&Radio, Zoe enjoys spending time in Brighton with her family, discovering the newest upcoming bands and binge-watching boxsets. Her warmth, humour and passion for entertainment is at the heart of everything she does.

“The PPG team and I are extremely pleased to continue our support to the British Bodyshop Awards as the Headline Sponsor for 2016.

We are really pleased to see the event become an established fixture in the repair industry calendar. The British Bodyshop Awards mirror PPG's commitment to recognising and promoting excellence within our customer's businesses and we are delighted to align ourselves with this prestigious event for the fifth consecutive year.

Continuing the high level of celebrity hosting of previous years, we are pleased to have television and radio personality, best known as the first female host of The Radio 1 Breakfast Show, Zoe Ball.

Working with ABP to make the event an even bigger success, myself and the team at PPG look forward to welcoming you to the British Bodyshop Awards 2016.”